THE STATE VS JOHN HAYES

written and performed by Lucy Roslyn

Huntsville prison, Texas, 1959. Elyese Dukie is on Death Row for the murder of two people. Tomorrow she goes to court for the last time. But tonight Elyese reveals the one thing she won’t tell the court or the string of psychiatrists sent to diagnose her: that she is not alone in her cell… John Hayes is in there with her.
Psychopath, or seductress? Murderer, or manipulator? Psychiatric hospital, or the electric chair? 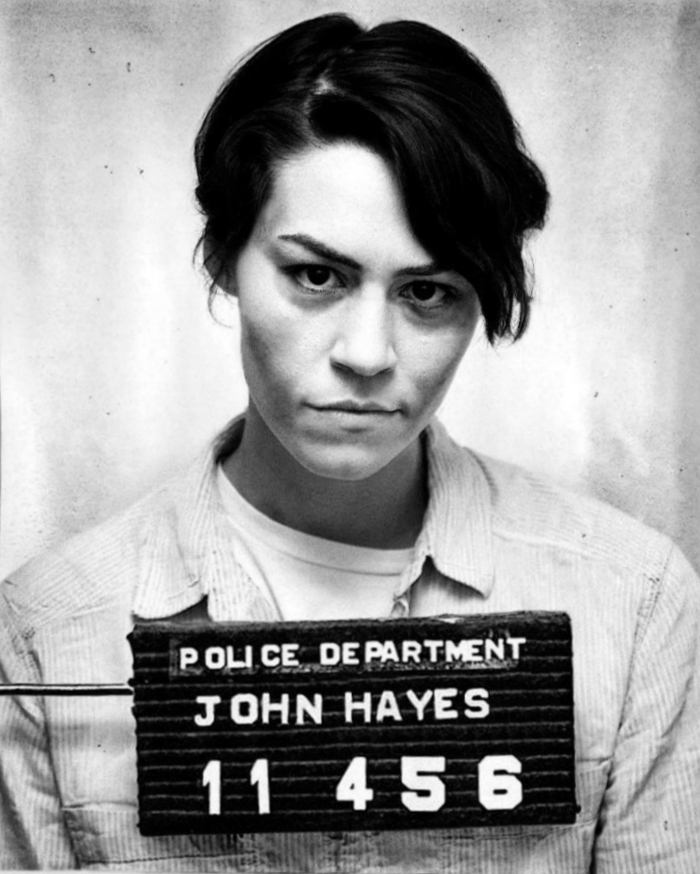 Epsilon Productions had a triumphant year with the huge success of The State Vs John Hayes and would to thank everyone who came and supported the production throughout the year, from Manchester to Brighton.

Our remarkable team have once again done us proud and we can’t thank them enough for their passion, patience and skill

★★★★ The Stage  – “a slick and entertaining show”, “Roslyn’s performance is astonishing”, “a very special, intriguing and disturbing piece of theatre – it may only be an hour in length but its impact lasts much longer”, “a gripping and disturbing hour”

★★★★★ Female Arts  – “Roslyn as Dukie/Hayes has the audience in the palm of her hand” “Within its 60 minutes, more is said about gender, identity and female sexuality than many plays twice its length”, “has the audience mesmerised from start to finish”, “a tour-de-force performance”

★★★★★ London Pub Theatre  – “An extraordinary play spiced with much dark humour”, “Roslyn is very convincing (…) her performance is captivating”, “a unique and thought provoking play”

★★★★★ Grump Gay Critic  – “dangerous and thrilling, helmed by a complicated but arresting character”, “absolutely gripping”, “an intense and troubling hour”, “a blistering piece of theatre”, “a spectacular performance”, “there isn’t a more complete and incredible performance currently anywhere in London”

★★★★ West End Wilma – “skilfully directed”, “frightening and witty in equal measure”, “an outstanding performance”, “one not to miss”

★★★★ Everything Theatre – “such an original and engaging piece of work”

★★★★ Carn’s Theatre Passion – “a fascinating insight into the psychology of a murderer, with a stunning solo performance from Lucy Roslyn”, “Raising some hard questions about justice, gender and mental illness, this is a powerful and well-staged production that needs to be seen”

★★★★ London City Nights – “like spending an hour in a lion’s cage, “at times you can almost smell the disinfectant and feel the dread of death row.”,”the epitome of a performance-centred character piece”

★★★★ London Theatre 1 – “extraordinary”, “a gripping and disturbing hour of theatre”

“This has to be one of the best shows at this years’ Fringe.”

“If I were to sum this play up in a sentence it would be this: a compelling, twisted drama that I wished would never end.”

“I would do anything for someone I loved” 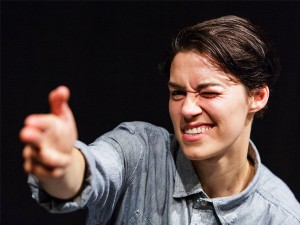