SPARK or (The Adventures of Recording Your Conversations)

A short film written and Directed by Ty Glaser

“Remember who you are, begin from there”

‘Spark or (the Advantages of Recording your Conversations)’ is a 20 minute warm-hearted look at the trials and tribulations of the creative mind of Mathilda, an actress juggling London life and trying to find her way to happier times.

We meet Mathilda at her lowest, as things quickly go from bad to worse. Alongside these shocks to the system that take Mathilda by surprise, she is also struggling with an isolating coping mechanism that she has taken to leaning on more and more over the past year – she records all her conversations on a diactaphone, in the hope that life will make more sense when played back and scrutinized in the safety of her bedroom.

Just as the world seems to have left Mathilda at a complete loss as to what to do next, a gentle nudge from her sister Cathy, eventually sends her in the creative direction she needs…’ 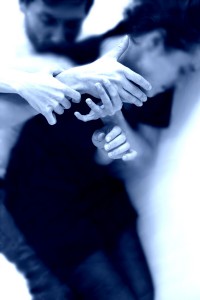 Performed at The Hope Theatre, Islington – 17 November to 5 December 2015

‘We could do whatever we like in here and no one would ever know, apart from you and me.’

Isolated from the outside world, games and fantasies blur into memories neither wishes to confront. Claustrophobia puts relationships under the microscope and asks – “what does it mean to be in control?”

Reviews
★ ★ ★ ★ Female Arts – “the attention to detail is meticulous”
“Claustrophobia is proof that you don’t need elaborate sets or convoluted plots to make compelling theatre. Just talented actors, direction and a small square stage.”
★ ★ ★ ★ London Theatre 1 – “a great theatrical show which surprised me in the most wonderful way.”
“has haunted me since last night with its myriad potential meanings.”
“an intense piece of writing … the two actors in Claustrophobia are superb.”
★ ★ ★ ★ Remote Goat – “intense, realistic and gripping”