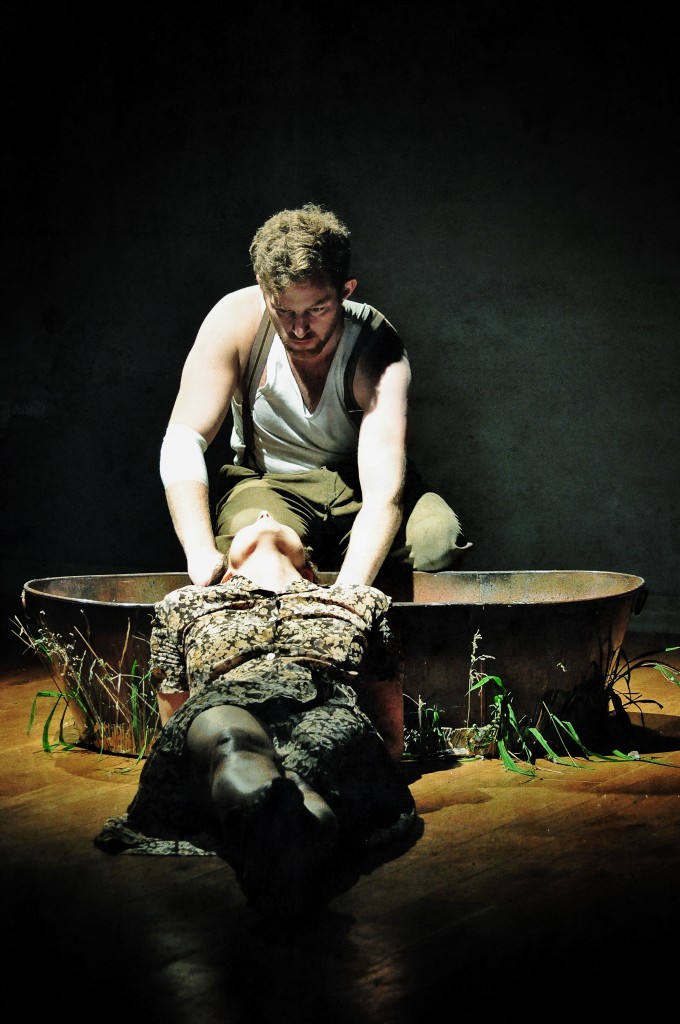 Skin Tight is a highly physical & fiercely romantic story of enduring love, set in New Zealand, within the memories of the 1940’s, to present day.

The lyrical & dramatic beauty of Henderson’s script helps us see Tom & Elizabeth as young & nubile, refusing to succumb to the brutality of old age & the numbing of flesh & mind.

We observe them as childhood sweethearts swimming in the lake to the anger of the uncertainty of war & their realisation that throughout the moments of doubt that life has thrown at them, as long as they can be together, they wouldn’t change a thing.

This is their final chance to say all the things they never had the chance to before.

“Epsilon Productions have created a triumph”

★ ★ ★ ★ ★ West End Wilma “Haunting, powerful and absorbing, this production will leave you with goosebumps, a pounding heart and a guilty feeling that you have just witnessed something private.”

★ ★ ★ ★ ★ Remote Goat “Rarely does one see on stage such scenes of raw powerful passion between lovers.”

★ ★ ★ ★ Entertainment Focus “The production is further enhanced by excellent performances….Intensity is sustained throughout”

★ ★ ★ ★ Everything Theatre “Stand out performances and well-written dialogue that really hits home.”

★ ★ ★ ★ Exeunt “An incredibly exposed and unflinching piece of theatre.”

“Epsilon Productions have created a triumph”

“The connection between the two actors was such that it was impossible for the audience not to be swept up in the emotion and passion of the piece.” – Phonic FM

“The audience were entranced from the first moment. Warm, honest and touching, the production drew tears”

“Glimpse an ordinary couple with an extraordinary love”